Simple as that. Of course, some respect their own privacy more than myself and are not much up for this sort of thing. Nothing is necessary, you can give out info without pictures, or vise versa, I myself plan to do both.

I am 21, and currently working in a company as a... secretary type of thing. They got me because I am a really fast typist, both in bulgarian and english. Once my contract is over I plan to go work in the security area, and also perhaps get into university finally and study poliotology. I am kind of weird, and I like collecting bladed weaponry. In my free time I train AFA /Alternative Fencing Arts/ by myself. Here are some pictures, hosted on my horde guild website.

And yes. I know I may look a bit like a psychopath. Not one. Much.
Sindri 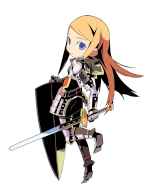 I am a 19 year old HOT WOMAN who works at business college computer department, to become one day a person of the computers and do stuff. So I am a student currently. That is all you need to know. *yoda hand forces you through the force to look away now*

The camera breaks when I try to take pictures of myself :'< (doesn't have any and is impotent to take any + camera actually is broken. )
Eyreia

I'm Amy, and I'm really hot, so I have to open the window lots and I often find myself without much clothes on, mostly when I'm getting changed, or showering.

I'm currently 17, though I plan on changing that by the end of the year! I do A-level things at school because I have no idea what I want to do with my life so I just wanted to widen my choice in future!

I'm Emma and I'm 14-16 years old. Please don't judge me for not saying my age. I liek computure games and work well with computers... I'm pretty much fashionable, cute and I wear bras and knickers like every girl except Lauf. I can sing really well, practiced from the age of 5, and rule the school I go to. I <3 Eyre, food and staying up past 12 o'clock in the evening.
Eyreia

You already told us your age >: )
Lauf does wear underwear sometimes, but fair enough xD
and Lauf Eyre loves you too.
And 12 o'clock in the evening is a secret time.

Here are some pictures of my play! I hope someone likes them

Rhadegar wrote:Here are some pictures of my play! I hope someone likes them

*giggles like a little girl* They made me grow some for the play. No worries, I'm going bald again in a day. xD
Fenoris 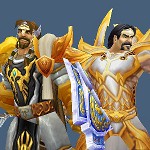 In any case, the name's Thomas outside the RP circles and I'm 24. Seems to make me the oldest to post here to far. Most people here know me better either as Enyon Valir or Tiamos Loren, been RPing on WoW for about a year this month and have been RPing in general for over ten years. Besides being an altoholic, I am working on a course to learn game design, which I am hoping to build upon to create my own little fantasy world in cyberspace somewhere. Of course, between that, holding down a job as a street cleanser and being a WoW RPer, I don't have much time for anything else. Usually something falls by the wayside. I am somewhat unfocused like that. Oh, and I'm also Welsh.

I'm a paranoid supersticious person from somewhere in europe that nobody even knows the real first name or location of.
Rhadegar

Soophy wrote:I'm a paranoid supersticious person from somewhere in europe that nobody even knows the real first name or location of.

Well, my name is ****_********, and I'm currently 27 years old. I live in the West Wales region, happily seeing someone, and been RP'ing now for about 15 years. Nout much really, except no picture. You can all just picture me in your imagination...

...We are supposed to say real names? o.O Oh. Well, then, you poor foreigners will have a trouble pronouncing mine. It is "Yavor", and the sirname will leave you mouth wide-open.

So, name-wise, I decided long ago to merge my real name into a nickname, that can be pronounced easier. Currently that name, which I am quite famous with is "Bain Hardtime".
Ewyllyn

I'm a thirty-one year old man (space alien from Xetaflurgharnodoptitus, honest) from the Faroe Islands. I work as an assistant at the Faroese National Archives, which entails shifting through a lot of documents, hand written books, and the works. Usually this also entails a lot of additional paper work, in particular when customers come to our reading area, looking for stuff about their ancestors, old ships, and y'name it.

Of RP experiences online, I can mention Star Wars Galaxies in which I first discovered online role-playing. I played a wee Bothan there. Good times. However, I did eventually end up on WoW, and was thus further instructed by various awesome people as to how to RP without coming across as a total douche and/or a munchkin.

And at the end I'll mention that I've a horrible humour and tend to be sarcastic on occasion, albeit I am really cheerful. Honest. I do not find sustenance in the anguish of other people. Truly. Really.

I may as well introduce myself. :3

I'm Ryyal, or as some of you otherwise know me, Telka. My actual name is Adam, I live in England and am currently studying at College. I'm 19, working part-time and living with my parents. My hobbies include gaming, painting, drawing, photoshopping, reading, writing and generally creating anything I can (be it a story, RP event and so on). I've been playing WoW for about 5 years now, having spent 4 of them on Earthen Ring.

Ooh, should I, should I? Oh go on then xD

My name is Simone out of the WoW world and I am 27 years old. I live in Birmingham, UK and I be a proud Brummie! I currently work for the NHS as an Administrator for the Equality and Human Rights Team.

In my spare time, I like to play WoW, I am obsessed with Dragon Age: Origins and in particular, Loghain Mac Tir (have read the books, he be my hero <3). I love to paint my Warhammer fantasy characters and I'm currently building a high elf army and it looks pretty =D. I love Harry Potter (the books, not Daniel Radcliffe D=), Lord of the Rings and I am obsessed with Vikings and Saxons and my greatest wish is to live in an old house surrounded by gothic furniture and pewter ornaments =D oh and to marry a viking! I love Merlin the TV show, mainly for Arthur Pendragon and I love Buffy the Vampire Slayer. I also like anime and manga...yes I am a nerd! Oh, I'm also a 1st Dan Black Belt in Taek Kwon Do. I can't train as much at the moment due to finances but I still practice when I get the chance =D

RP wise, I used to rp on myspace as various anime characters and more recently, you may have known me as Tapyna Lightbreeze of the Stormwind Guard. However, after quite a dramatic death, she is no more and I am now playing another Draenei Paladin (yes, I like Paladins, what of it? :p). On Horde, I have an Orc Shammy but the name of Átakhul and a Tauren Death Knight by the name of Misae (means white sun in Native American). I also have an eredar priest by the name of Melania, a human warrior by the name of Loghain (mwahaha) and a blood elf rogue by the name of Kátriel, named after the elf in the Stolen Throne, a book based on Maric, Cailan's father in Dragon Age. They are all on Earthern Ring...I have a bad habit of getting bored with chars unless I can find people to rp with...that or pvp, I enjoy pvp xD

Other than that, I am light hearted, laugh at almost anything and like to joke around, which you will see in Guild chat, however, ICly, I remain IC and completely respectful and disciplined.

Here's a pic of myself: 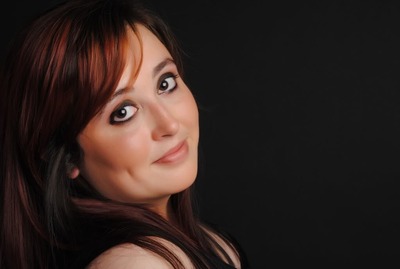 Did I mention that I was a girl irl and rather quite hot? =3. Nah, I'm not, hot I mean xD. But I do like this pic of myself <3
Rhadegar

You are almost as hot as me! I approve. Welcome in the guild!
Sponsored content